A very interesting segment from Mamamia TV that Victoria and Ingrid took part in earlier this year.

Ingrid Montgomery: For me it was a very emotional, traumatic journey actually as a primary carer. At times it was very frustrating.

We’re then going to compare their genomes and the genomes with people who have never had anorexia nervosa and look to see where the differences are.

Dr. Cynthia Bulik: So for years parents have felt guilty. They felt blamed when their children develop an eating disorder. I think this is going to have the opposite effect. What we have seen is that parents and patients actually feel relieved when they understand that there is a genetic component.

What I tell parents is…You know, sometimes they just say to their kid: Why don’t you eat more? What I explain to them is that when we’re helping people with anorexia recover, they are fighting an uphill battle against their biology. That helps them understand why recovery is so difficult and also lift that sense of blame. They don’t feel guilty when their kids get asthma, so why should they should feel guilty when their kid gets anorexia.

Ingrid Montgomery: I do believe there is a genetic disposition in going through my own family history. I have discovered that two of my family members, my direct family members have also suffered from eating disorders.

Victoria Montgomery: To be honest, I’m not sure but with my family history with eating disorders I believe yes, there could be…could be a genetic component to it and that’s why I think people should get involved in this study.

Dr. Cynthia Bulik: What we’ve tried to do is we’ve tried to make participation really easy. So all you need to do is go up to the website and the best way to get there is just google Angi, A-N-G-I Australia. It’ll take you right there. You fill out a short survey, lasts about nine minutes and all you have to do is give a small blood sample and you could do that at your local GP or just at a path lab. And most of the time what we hear from people is they want to participate because they don’t want anyone else to go through what they’ve gone through and that’s enough to really bring them to the website to get them to fill out the survey and to roll up their sleeves for science.

Call for a 15 minute free chat 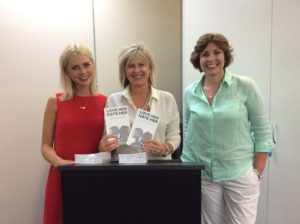 Ingrid spoke at the Life Line event last week in Gordon about her book Love Her Hate Her. Victoria, Ingrids’ daughter was also present and 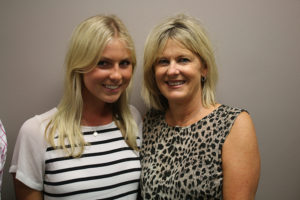 Victoria Montgomery, 23, office co-ordinator and recovering anorexic. “I think my attitude towards my body has been partially shaped by my mum. Growing up, she 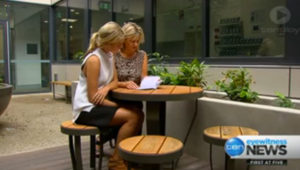 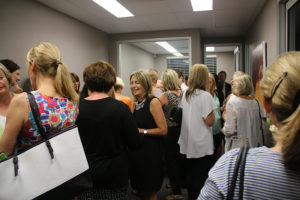 On a Tuesday night in St Ives Ingrid and Victoria launched the new book ‘Love Her, Hate Her’. Friends, family and clients all joined in